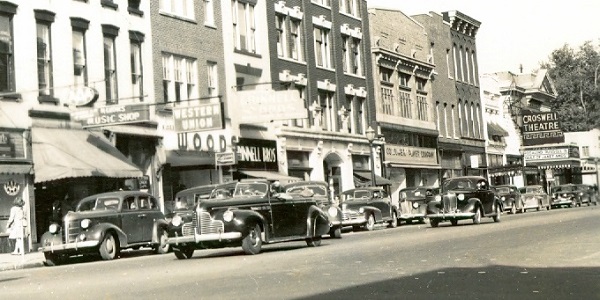 In existence for more than 150 years, the Croswell is the oldest theater in Michigan and one of the oldest continuously operating theaters in the United States.

Named for Charles M. Croswell, an Adrian resident and the 17th governor of Michigan, the Croswell has seen more than its share of history.  In addition to some of the greatest actors of the 19th century — Edwin Booth, Maude Adams, Otis Skinner, Mrs. Patrick Campbell — it hosted legendary bandmaster John Philip Sousa, not to mention important political figures like Frederick Douglass and Susan B. Anthony.

In the early part of the 20th century, the Croswell became a movie theater, a role it would fill for about 50 years.  If you talk to longtime Adrian residents, you’ll find that many memories were made during those days, creating emotional bonds with the Croswell that survive to this day.

By 1967, however, the building’s future existence seemed very much in doubt.  Movie audiences were declining, the building was deteriorating, and many people thought the Croswell’s days were numbered.  Luckily, a group of civic-minded citizens banded together, purchased the building, and revived the Croswell as a home for live theater — beginning the era we see today.

Today, the Croswell seats about 640 patrons in a beautiful auditorium that has been lovingly restored to the grandeur of its movie-palace days.

Each year’s Broadway season, running from spring through December, features six to eight full-scale musicals. A Special Event Season, running through the winter months, includes several concerts, at least one straight play, and an all-area high school musical that draws students from around southeast Michigan and northwest Ohio.