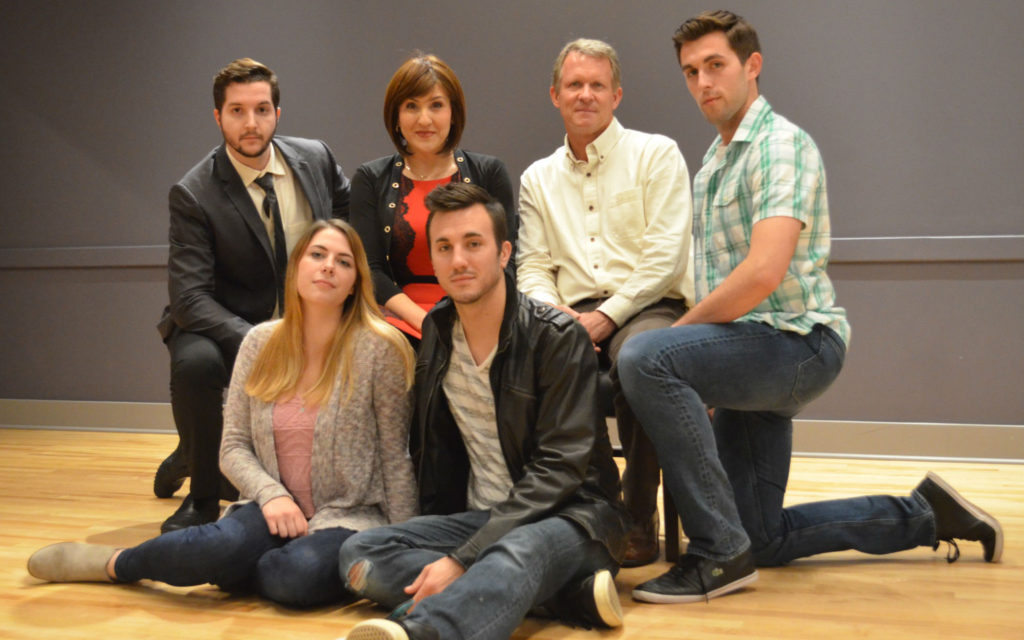 Critics called it “melodic and blisteringly honest” … “brave and breathtaking” … and “beautiful, artful and deeply moving.” Now the groundbreaking rock musical Next to Normal is coming to the Croswell, and we hope you will join us!

As opening night approaches, we want to take a moment to introduce you to the six actors who will be bringing this powerful story to life.

Natalie Kissinger, a familiar face for longtime Croswell friends (she was last seen as the Witch in 2015’s Into the Woods), plays Diana Goodman, a suburban mother coping with bipolar disorder. The story centers on Diana and how her illness affects her and those around her.

Joe Nolan is a newcomer to the Croswell stage but not to this show, having played Diana’s husband, Dan, at three other theaters. He is from Milwaukee but his son, daughter-in-law and two grandsons live in Dexter.

Jonathan Stelzer, last seen at the Croswell in the 2017 world premiere of The Family Digs, plays Henry, who is Natalie’s love interest. He is a graduate of Siena Heights University.

Andrew Buckshaw plays Dr. Madden, Diana’s therapist. He is making his Croswell debut but has previously appeared around southeast Michigan in productions of Heathers, Spring Awakening, and Bonnie & Clyde.

We hope you will join us for this incredible show! Opening night is October 19.